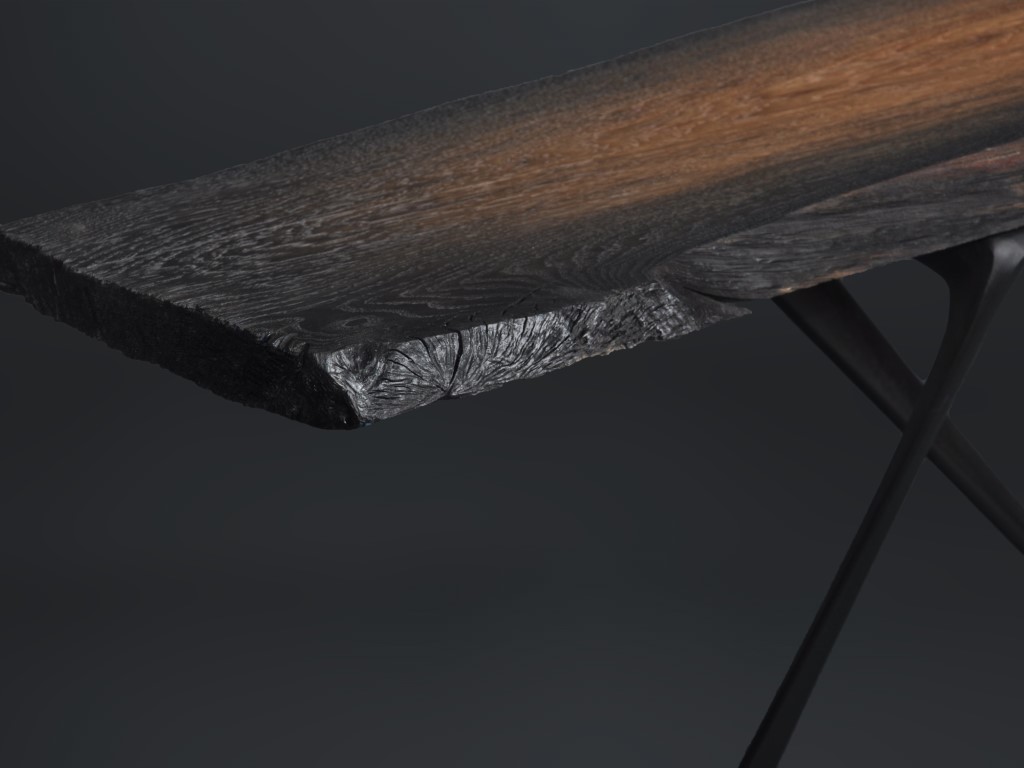 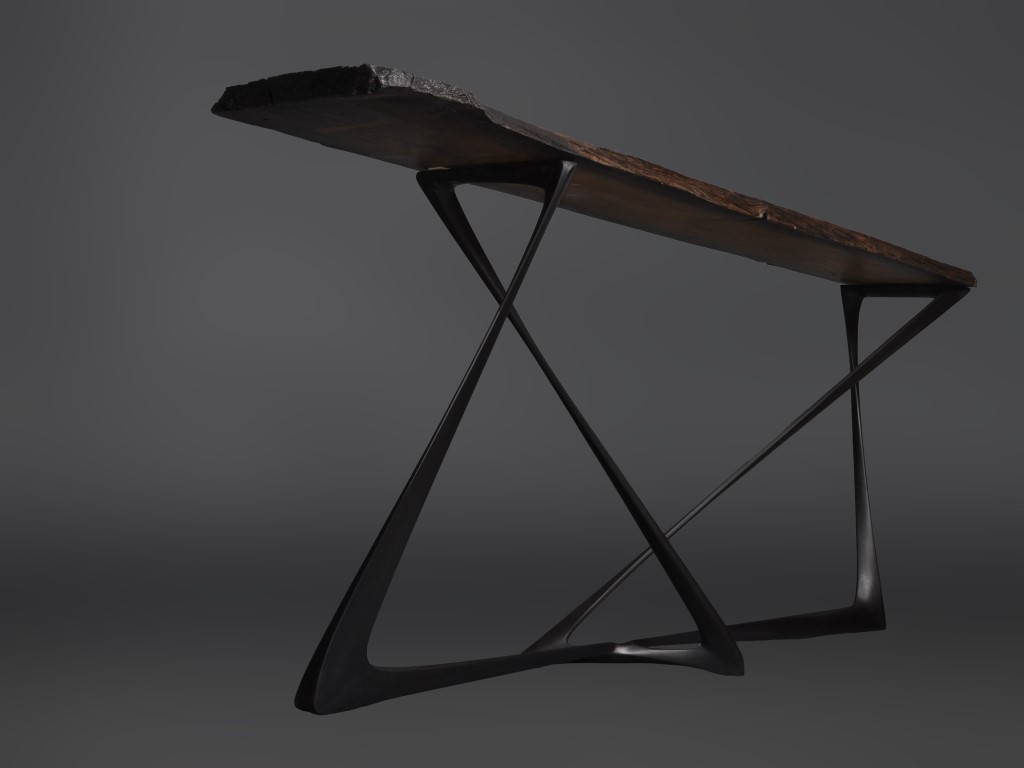 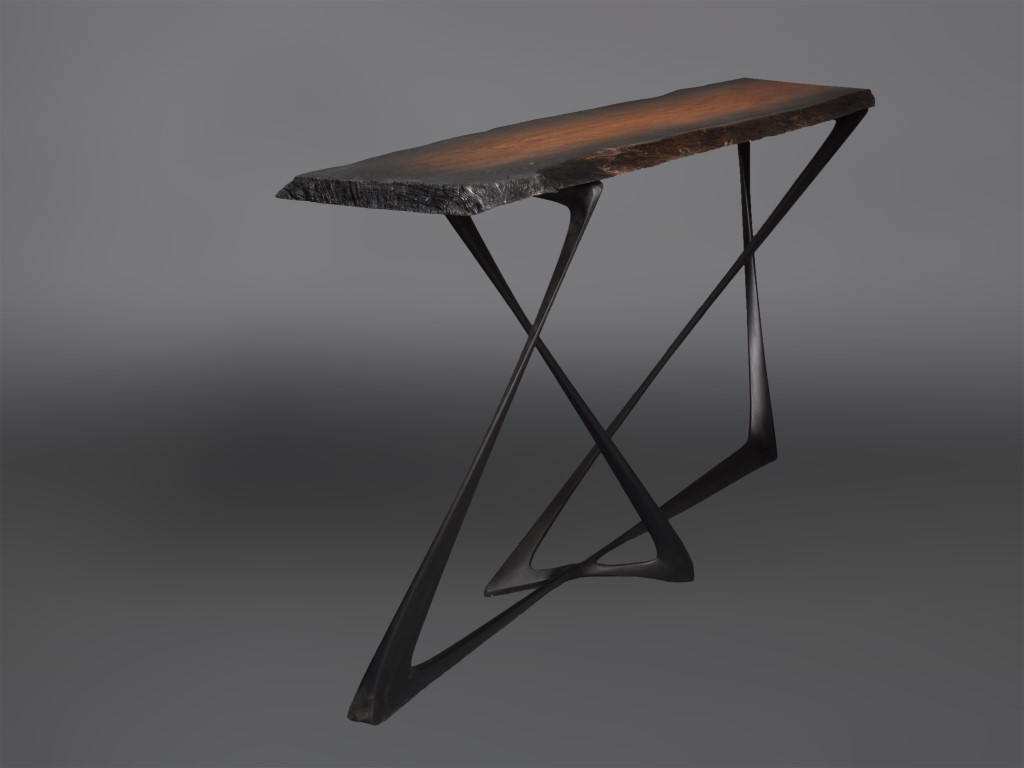 This live edge slab is 1200 year old bog oak recently found in the Dnieper River in Ukraine. It was in a 300 year old Turkish ship sunk by Russian soldiers during a war between the Russians and the Turks back in the late 1600s. The bog wood was thus sent back to the river mud for a second period of “pickling”. Even in those days this wood was of great value, as shown by the fact the Turks traveled so far to find it.

The near-black outer edges of the log transition through subtle greens to the warm browns of the heart. Mounted on a hand carved, sculptural base of sapele with an ebonized finish, this console is not only a rare beauty but a great conversation piece. It is one of nature’s gems given a second life by the artisan as a piece of functional furniture.